Blair Warner Facts of Life Blair Patricia Warner was played by Lisa Whelchel. She was about 14 at the series' beginning; an episode in the 1985–1986 season centered on her 21st birthday. At the series' beginning in 1979, Blair was portrayed as very rich and very rebellious. She was seen smoking cigarettes, drinking beer and enjoying great popularity with boys; unlike many of her classmates, she was looking to lose her virginity. When the show was retooled in 1980, all instances of her rebellion were either dropped or given to the new character of Jo Polniaczek and Blair was rewritten as an unashamedly spoiled "Daddy's Girl," whose business alone could have kept Bloomingdale's and Neiman Marcus afloat.

Blair was very vain and believed that she was perfect in every way but she was also funny, kind-hearted, and loving to Mrs. Garrett and her friends, especially Jo Polniaczek. She also got good grades, won school awards, was crowned Harvest Queen for 3 straight years and even convinced a guy to move from Switzerland to attend school near her (when asked about it, Blair dryly remarked, "I've done it before.") Blair's delusions of grandeur were usually played for laughs when Natalie, Tootie or Jo would make sarcastic remarks about her "beauty", "perfect" personality, or "naturally blonde hair". Blair felt she was more important than "regular" people because she was the heiress to her father's multi-million dollar business, Warner Textile Mills. Any crisis at Eastland would usually prompt a suggested solution from Blair, preceded by her catch phrase: "I just had another one of my brilliant ideas!" More often than not, though, her "brilliant ideas" were actually quite the opposite. On at least two occasions her idea turned out to actually be good, however. It was Blair's idea for Mrs Garrett to punish the girls after Tootie was caught drunk on wine that Blair was responsible for (if they went to the headmaster they would have all been expelled since Natalie and Jo were involved as well), and it was also her idea to return to kitchen duty after getting into a paint fight, resulting in expensive repairs to their old room.

She eventually developed a more down-to-earth attitude, especially after she suffered a car accident (after falling asleep at the wheel) that left her slightly scarred, spoiling her "perfect" beauty. Blair's parents (played by soap opera actors Nicolas Coster and Marj Dusay) were divorced on June 14, 1973 and although she didn't usually show it, Blair wished that she had a nuclear family like all of her friends. Later in the series, her mother remarried (for the fourth time) and gave birth to a baby girl (Bailey). Blair had misgivings about her mother's pregnancy but fell in love with baby Bailey as soon as she saw her. Another secret Blair kept from her friends was that her cousin Geri (played by comedian Geri Jewell) had Cerebral palsy. She was not embarrassed by her cousin but rather jealous of her, since Blair was used to being the center of attention. Mrs. Garrett told Blair not to lash out against Geri because of her jealousy and Blair joined Geri, a successful comedian, onstage at an impromptu comedy show Geri threw at the Eastland Academy.

Blair's big sister Meg visited Eastland to tell her little sister that she's going to become a nun in "Best Sister Part 1" and in "Best Sister Part 2" it's revealed that Blair is an atheist because, when she was a little girl, her teacher told all of Blair's class that if they prayed to God very hard and with all of their heart, he would always answer their prayers so she asked God to not allow her parents' divorce to become final in 1973 but her parents split up nevertheless. This led Blair to believe that God didn't exist because, according to her, if God did exist,then her parents would have stayed together. In real life Lisa Whelchel is a Christian. Blair attended Eastland, and upon graduating in 1983, attended nearby Langley College. She worked with Mrs. Garrett at Edna's Edibles and later, Over Our Heads. After graduating from Langley, she enrolled in law school. In the series finale, she purchases the financially troubled Eastland Academy and turns it into a co-educational school.

Blair's chief foil was Jo. The two made no secret of their mutual dislike: Jo found Blair spoiled and snobbish; Blair thought Jo was classless and crude. However, more than once Blair stuck up for and stood by Jo in her time of need (and vice versa) and eventually the two developed a much friendlier relationship. In one episode, Jo even declares Blair as her official best friend. In the episode "Legacy," Blair, initially enthusiastic about a library being built with her family's funds and named after her late maternal grandfather, Judge Carlton Blair, thus immortalizing the name "Blair", was horrified to learn her grandfather had been a member of the Ku Klux Klan. The revelation devastated Blair and made her question all her assumptions about her supposed "superiority," even though Jo assured her "You're not prejudiced; you're a snob." She almost withdrew the library funding to avoid commemorating her grandfather but finally agreed to let it be built so long as it was not given the "Blair" name. In addition to the Diff'rent Strokes episode "The Girls School" that serves as the pilot for The Facts of Life, Blair appears in "The Older Man".

Note: Actress Geri Reischl ("fake Jan" of The Brady Bunch Hour) was given the role of Blair Warner in the television pilot Garrett's Girls (later renamed The Facts of Life), but was forced to give it up due to her contract with General Mills.[1] Blair appears in the 2001 TV film, where she owns a successful hotel empire (Warner Enterprises) with her husband, Tad Warner. She starts to suspect that Tad may be having an affair when a woman answers his phone, but finds out that he's actually volunteering at a children's shelter. Making Blair realize that she wants to start a family. 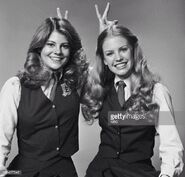 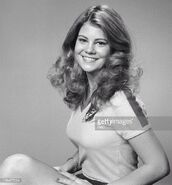 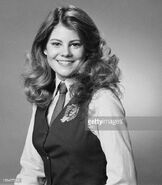 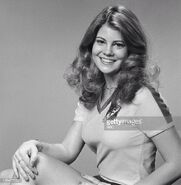